Notes about works in progress, status updates and whatever else I’m currently up to. It’s a an attempt to document my creative process.

I’ve been on Patreon since May 2018 (I think), and I really like it. It’s a great way to support me and my projects ongoingly, and I’ve been able to invest your donations into anything from software to hardware, as well as coffee – all to improve my output and make the world a happier …

I had some audio issues with my 5 year old Blue Yeti recently. It started as occasional small crackles when listening via the headphone output, some of which ended up on recordings as well. It was so occasional that I could edit it out, so I never thought much of it. For the last couple of weeks though, the crackles are now audible during my daily Stardew streams. Again they’re subtle, but I thought perhaps replacing the USB cable might do the trick.

Sadly it did not. Something else must be amiss, so much so that I lost audio completely during the stream today. I replaced the cable again, and it held up for the remainder of the stream, but it looks like I’m in the market for a new Blue Yeti microphone.

And this is where the story begins.

I’ve rendered this quick trailer for my 3D Shenanigans Live Stream, using Stonemason’s Urban Future 6 set the other day. I did this really quick, and there are some rough edges to this animation. It only took 8 hours to render the full sequence plus a bit of post production in Premiere.

I thought I’d share my multi-machine workflow and pipeline with you, indulging some tips of what I might do different next time.

Here’s what I’ve been up to over the last 30 days. It’s been highly productive, even though what I have achieved was not quite in line with what I had set out to do. It’s always interesting for me to see how unpredictable creativity is. SUPER SURVIVOR – Season 1 (Podcast) I’ve turned my second …

Another busy month draws to a close. Let’s see if I can remember all the exciting stuff I’ve been able to create, which consisted mainly of video content.

I’ve created a 5-part mini series on how to take a rasterised image, turn it into an extruded 3D object in Blender and use it to create a snazzy logo.

I’ve used this technique to create thumbnails for two of my recent projects (the DAZ Studio 101 series and my WordPress podcast). There are many steps to the whole process and I thought I’d record how I did it. I also created thumbnails for the videos in the series using the same approach, showing bit by bit what each video is about. Like this one:

September has been an incredibly productive month for me, and I’m excited by the fact that I’m not exhausted as a result. September felt as busy as this post reads, but it didn’t feel as if I had to compromise on quality or that all important “me time”. In a nutshell: I feel like I’m …

This August, I’ve created 9 tech articles, uploaded 16 videos, narrated and edited my book BROKEN BOWELS (twice), created/revived five podcast feeds, created logos for them, overhauled one of my websites, and took on a part-time job with Instacart.

It was a very busy month, and a lot has happened. Looking back over this extensive log entry alone, it baffles me somewhat to see just how much I have achieved! It’s all been about streamlining some aspects of my life, as well as finishing off things that have been sizzling in the background for some time.

It feels good to free up some room to take on new challenges. Here’s what I’ve been creating this month: 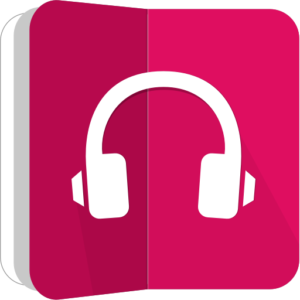 I spent much of this month narrating my new book BROKEN BOWELS, with the intention of releasing it as an Audio Book alongside the Paperback and the Kindle Version.

I’m nearly finished, and provided ACX, Audible, Amazon and iTunes are happy with the files, I’m expecting it to be released sometime in August.

Audio Books are are becoming very popular, and I can imagine that fellow patients could pass the time listening to my experiences while getting a lengthy infusion.

It does take forever to do, and I can’t narrate more than two hours every day or else my voice gets tired. Editing takes a while too, but at the same time it’s a very rewarding experience. I’ve described my setup and the intricate details in some of the links below. 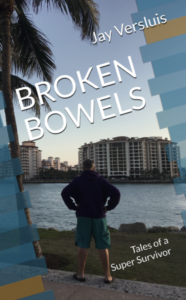 Last month I’ve been flat out writing the last chapters of my book “BROKEN BOWELS – Tales of a Super Survivor“. In total I’ve written a whopping 109.944 words.

Not all of them made it into the final cut mind you, which by the way has an astonishing word count of over 132.000. That’s nearly three times as much as I had originally set out to write.

The Kindle Edition is already available, and now I’m working on creating a paperback version too. All my Patreon supporters get a free copy of the ebook!

This month I’ve decided to start this list at the beginning of the month and add to it as I go along, rather than trying to retrace what I’ve been doing (like I did last month). The latter approach takes forever and is prone to losing something I did in the process.

Starting this list early means I can easily add to it, and even schedule the date of publication. It works great both for scheduling as well as a victory log. 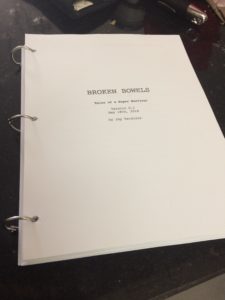 I’ve spent the second half of May writing more of my book, something I’ve taken a break from for over two months. To see where I stand, I printed the whole 400+ pages out and bound them using 1″ book rings (just about fits). The book is definitely coming together, but there’s so much more I want to say. It will probably take me the better part of June finish t.

I gave myself an (already extended) deadline: Broken Bowels shall be released on the 4th of July, which means I need to deliver the final manuscript to Amazon no later than June 30th 2018.

My original plan was to have it all done by the end of March but I had reached a point at which it just didn’t flow anymore. As I later found out it was the premise that wasn’t working for me. The more I thought about it, the less I felt that an account of the events as they happened during my cancer journey wasn’t telling the whole story.

What was fascinating me more and more was the question, “how did I survive this ordeal – both mentally and physically”. And as soon as I started writing with that question in mind, things kept flowing like never before. Hence I’m very happy to report that I’m back in the game, hitting the keys almost every day and I’m very much enjoying it!

I had several very successful sessions that yielded more than 4200 words per day (about 20 A4/Letter pages) and the whole project is becoming more than what I had envisioned it to be when I started it. Here’s what I did in detail:

It’s been a very productive month for me, more so than I had expected. I must admit that before I started compiling lists of what I’ve been doing with my time I had the subtle feeling of “slacking off” too much. Looks like that’s not the case after all 🙂

In keeping with the Japanese Kaizen movement, I’ll try to write future lists during the month rather than retrospectively. I’ll be so much quicker and won’t take half a day trying to remember where I put what. Without further ado, here’s what I’ve been doing with my time in April 2018:

This month I’ve setup a Patreon campaign so that people from all walks of life can support all my many projects on an ongoing basis. As part of that, I though it might be an interesting idea to give supporters an idea to see what exactly I’m doing with my time, and as a result …

Here’s a retrospective entry in my Creator’s Diary.  The highlight of the beginning of 2018 was undoubtedly the fact that I had no more surgeries to endure in the near future, and was recovering nicely from the most recent one in late December. Although my output was mediocre compared to recent years, I managed to …