My old Xbox 360 controller has been in use for nearly 10 years, but it’s still going strong while suffering from very sensitive Dead Zones. Those are the areas around the untouched centre position of a game pad that can sometimes deliver erratic results, especially after years of use (although I’ve seen brand new ones …

I’ve been blundering my way through the CONTROL game, until I came up against one of those seemingly impossible to crack puzzles: I need to get to Black Rock Processing in the Maintenance Sector to move the story forward. That’s not an easy feat. I’ll tell you where I got stuck, and how I eventually got it, and how I worked it out.

We start our journey at the Sector Elevator and head down to the Maintenance Sector. From here we move forward into a room with four exits, one of which reads Black Rock Processing, on the left. These were all blocked by The Hiss earlier, but thankfully we rectified this.

A few minor goons are waiting for us, we deal with them and pass through the Security Check gates and on to a heavy looking tripe door mechanism that opens automatically as we approach. We’ve seen a smilier mechanism on our way to the Ashtray Maze, however this time the bridge that should probably get us to the other side is missing. All we see is a gap too wide to cross.

It happens to the best video games: no matter how much you test your environment, there will be times at which the game character may get stuck behind a rock, or intersects with an inanimate object. That’s super annoying during gameplay, especially when your last save was several hours ago. Thankfully, there’s a tool we …

Video Games are like operating systems: you can issue commands that trigger events and observe internal states that are by default hidden from the player. As such, many games have a command line interface, akin to the Windows Power Shell or the Terminal app on macOS and Linux. Developers use this feature to debug and …

I’ve had a few computer glitches recently while experimenting with a new graphics card. Unfortunately this lead to some random crashes, which in turn damaged my Subnautica game files. Suddenly my save games didn’t tell me how long I had been playing, and what type of game I was playing anymore, and instead only showed …

Subnautica game save files can currently not participate in any “cloud save” options as far as I’m aware. As such, to transfer files between systems or to make backups, we’ll have to dig deep inside a system folder to find said data. The exact path depends on which marketplace you purchased the game from. Steam …

From time to time I get asked what hardware and GPU I’m using for my 3D adventures, including video games. Rather than typing it out every time, I thought I’d make a handy post that I can refer interested parties to, and update as my configuration changes.

It may contain more information than necessary, but I thought I’d add it all here, including a bit of history on how this setup came to be and what it cost. I keep this page updated as my configuration and workflow changes.

These are the main systems that I use for work and play. They run the Adobe Creative Cloud, games, 3D apps. Most systems are CAT-5 wired with a 1000Mbps connection.

Most visitors are probably content with the info above. However, if you’re interested in how all this equipment came to be, and how I’m using it in my home/office, read on below. I’ll tell you how I acquired most of the parts and how I’ve built them from older technology that still packs quite a punch. 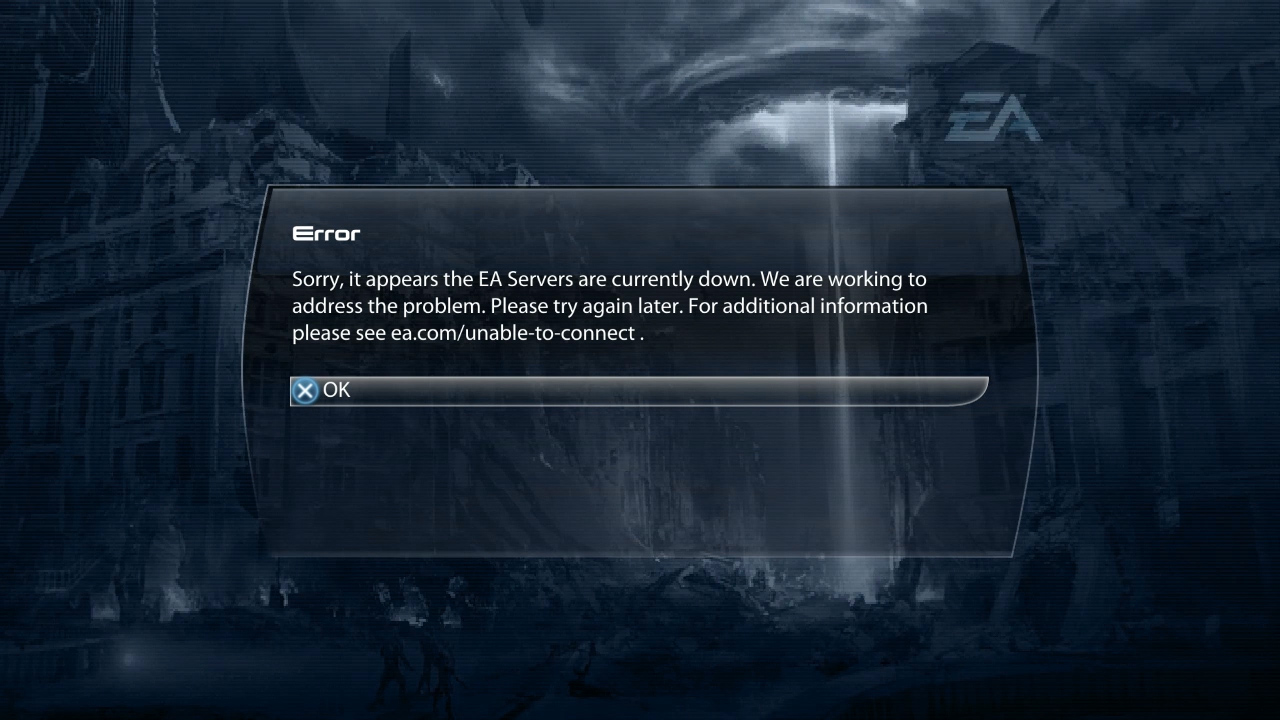 The other day I bought a brand new copy of the 2001 classic HALO – Combat Evolved for Windows. I really liked this game and played it on the original XBOX quite a bit – even thought I must admit that I neither liked nor got it the first few times I picked it up. … 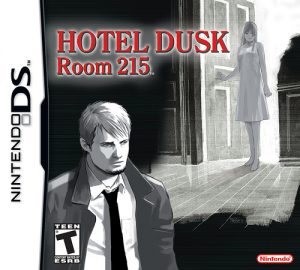 When I owned a DS console many years ago, I remember playing a game called Hotel Dusk: Room 215. It was more like an interactive book than a classic adventure game. At times a little tedious, it had a super gripping storyline and I couldn’t forget.

In the story, protagonist Kyle Hyde, former NYPD detective, has left the force and is now a door-to-door salesman. He’s still trying to find out what happened to his former partner. When his employer sends him to Hotel Dusk in LA, he finds a host of characters that all tie together into a larger plot, which appears to be connected to the disappearance of Kyle’s former partner.

When I discovered the DesMuME emulator for the DS recently, I thought I’d try running the game on my Surface Pro – and it’s almost exactly like having a super sized DS, complete with stylus.

Since the game has it’s tricky moments, I’ve made list of questions I had while re-playing the mysteries of Hotel Dusk: Room 2015. 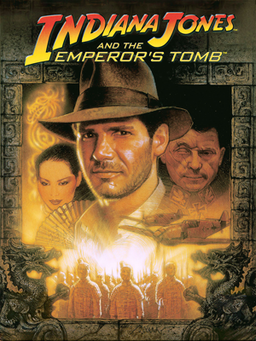 I’ve bought another classic retro title from GOG.com the other day: Indiana Jones and the Emperor’s Tomb (from 2003 I believe). I greatly enjoyed this game on the original Xbox and I had no idea that it had even been released for other platforms.

Turns out the game does support a (more or less) mappable Gamepad profile, but it was written many years before the Xbox 360 Controller for Windows was even invented, and as such not all buttons can be mapped.

Which means the gaming experience sucks – especially for a game with so many commands.

Luckily I found a very helpful forum post discussing these very issues, and of course someone cleverer than you and me has figured our how to get the Xbox controller to (mostly) work in this game. I did have some success following that post, but to make this thing work 100%, there are a couple of things we need to do.

I thought I’d share them in this article, in case you too would like to help Indy fight against the evil Nazis.

I’ve recently discovered GOG.com, the service that provides “good old games” from yesteryear to retro connoisseurs like myself. Games that used to run well on DOS and other long forgotten platforms are getting a new lease on life by being packaged up to run on today’s technology.

Many games run on Windows, Mac and even Linux – but some are only available for single platforms, mostly Windows. The Might and Magic 6-pack is such an example, available for only $9.99 (a total bargain, considering it’s 7 games).

I remember getting “Isles of Terra” free with a computer magazine in the nineties. I’m not usually into role playing games, but having enjoyed Bard’s Tale III on my C64 many years before, I gave this one a shot and loved it – just like its sequels (Clouds of Xeen and Darkside of Xeen, together making up a whole new game called World of Xeen).

I wanted to find out if I’d still enjoyed this game today, so I tried installing it on my Mac using a Windows 7 VM with Parallels Desktop. However, it didn’t run well and the mouse is interpreted rather weirdly. That’s no surprise really, because it means I’m running an emulator inside another emulator. Of course things will go wrong!

Might and Magic is installed using the DOSbox emulator under Windows, and as soon as you click the launch icon, DOSbox is launched, and within it the actual game. Thing is, DOSbox is also available for Mac, several Linux flavours and some other exotic platforms – so I was wondering if I could somehow just run DOSbox on my Mac and launch the original files from within it.

To my surprise, it works great!

Let me show you how I did it in this article. 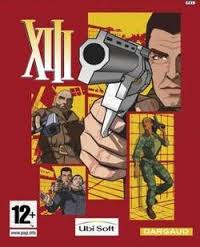 I was playing XIII again the other day. The US GameCube version this time. I remember enjoying XIII on the original Xbox back in the day, as well as on PC.

Even today, there’s nothing quite like playing these old style shooters with blurry textures and blocky unsmoothed 3D objects.

That aside, I had a tough time making the Grappling Hook work, mainly because the controls on the GameCube version must be the most terrible in the history of console gaming. Sadly my copy did not come with an instruction booklet, but at $4.99 with free shipping I’m not complaining. I found no instructions on the internet either, I’m probably a lost cause and too late for the XIII party anyway.

For future generations, and my future self, here’s how the XIII GameCube control work (from what I could figure out).

Months after “The Incident” at the Sony Playstation Network happened, many users are still having problems resetting their password.

This mandatory security procedure is necessary says Sony, and I can understand that.What I can’t understand is why they keep sending you to the same link to change your password, when all said link does is bring up an error message stating that the site is down.

Let’s take a look how we can remedy this. It has just come to my attention that you have to be careful where you buy Nintendo points and what you use them for.

For those of you who don’t know: Nintendo Points are like Microsoft Points in that you pay cash for “credits” (i.e. Nintendo Points) and then redeem these against downlaodable software. Due to the high credit card processing fees for micropayments many companies have introduced a points scheme instead where the minimum amount say £5 or £10, however the items you can buy can be much cheaper.

So here’s the scam:

Well before the European launch of the Nintendo 3DS and many announcements I kept thinking: what will the impact of this device be on the broadcast industry?

3D television is spreading like wildfire and appears to be the next “in-thing” – if it wasn’t for overpriced TV sets that require you to wear sunglasses. This major hurdle needs to be overcome for 3D broadcasts to be successful.

Nintendo’s new handheld console is at the time of writing the ONLY display out there that can give viewers the desired experience without the need for 3D goggles.

Partnership deals with Disney, Warner, Dreamworks and even broadcasters such as Sky and Eursport have already been signed, which tells us that “gaming” isn’t the sole focus of this puppy. When Sainsbury’s had the Nintendo 3DS on offer earlier this week I couldn’t resist and bought one.