I forgot how to see the total duration of multiple clips or sequences in Premiere Pro, so I thought I’d best make a note for when I need this feature next time. It’s super easy actually: open the Info Panel and dock it somewhere head over to your Project Panel and select as many clips …

I’ve been playing with a new title sequence for shiny new gaming channel, and I thought it would be fun to have a movie file playing on a plane object that’s seen as a screen in a cinema. I knew this was possible in Blender, but I didn’t quite know how to achieve it. After some tinkering I found out. Let me share my findings with you.

It’s very simple actually: setup a material, including a Texture Node, but instead of an image file, we pick a movie file (or image sequence). That’s really all there’s to it. The difficult part is understanding the settings in the Texture File though.

In the fourth drop-down, Movie was selected automatically when I added my movie file. This can be changed to Image or Image Sequence though, just in case yours is not set correctly. For the record, I’m using an MP4 file with H264 encoding, at 60 frames per second. The three following options are interesting (and important).

When you’ve been working with Premiere Pro for a while, importing large amounts of data and creating countless projects, there comes the time when you might want to clean up your Media Cache Database. It’s an exotic combination of various files that Premiere creates to make playback and scrolling during editing as fast as possible. …

I edit most of my bike videos in iMovie on macOS. It’s quick and easy for what I need to do, and although it’s not a professional editing package, it’s very good for quick tasks. And it’s free if you own a Mac (or at least it once came free with it).

Over time I’ve amassed a huge library of videos that are still part of my library, and there comes a time at which even the biggest hard disk runs out of space. I already knew that I could delete a single project by selecting the project from the home page, then using the little disclosure menu on the bottom right and select Delete Project.

When I delivered my previous audio book to ACX, I remember that one of their requirements was that the audio peak levels should come in at -3dB. I also remember that threw was a super easy way for me to do this in Premiere Pro, the software I use for editing my files. I wanted …

By default, OBS Studio likes to record files in FLV – for a reason that’s absolutely beyond me. I easily forget to change this setting into something more sensible, which means I frequently end up with FLV files that contain my material. At that point I have no way to edit those properly.

This means I’ll have to transcode my files in order to make them useful.

Or do I? Well, yes and no. Let me explain a bit more about this dilemma. 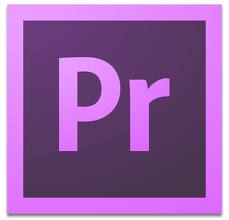 I made some new lower-third captions for my YouTube channel in Premiere the other day. I had a vision for some animations, and rather than spend several hundred dollars on pre-made snazzy clips, I thought I’d take on the task myself.

For those to be usable on top of other video footage in my screen casting software (Camtasia Studio 3), I needed the animations to be rendered out with an Alpha Channel. That way a mask is automatically created, letting other programmes crop out everything around the titles.

Since I never had to do that before, I asked myself: How do we render a clip with an alpha channel in Premiere?

After careful research, combined with some tireless trial and error, I found the solution to this puzzle – and here’s how to do it.

I’ve finally worked out how to export 4k and 2.7k footage with my 6 year old version of Premiere Pro. That’s exciting news and gives the software a new lease on life!

With the standard export presets, tweaked to a resolution higher than 1920×1080, I’ve always encountered the following error message:

Invalid framesize/framerate for this Level. Please lower the Frame Dimensions, Frame Rate or increase the Profile and Level and try again.

Turns out Premiere has actually given me the answer to my problem right there in that error message, I just never really read beyond “lower the frame dimensions”.

Let me show you how to overcome this 1080p limitation in Premiere Pro CS 5.5 and export hi-res video without a hitch, but first make sure to check video production company phoenix so that you can get a quote.

Adobe Premiere Pro can import a series of single images and turn them into an animation. All we have to do is import all images into our project, then multi-select them and drag them into a sequence. If you’ve tried this before you may have noticed that a still image in your sequence may not equal the duration …

No matter what preset you select for your sequence, Premiere will always default to showing timecode in your timeline. This will be automatically adjusted to the relevant EBU or SMPTE timecode. Some advice from the Memory Tree Video Production team: “Full frames on the other hand can be very useful for things like animations where … To complete my migration from PC to Mac I’ve downloaded the trial version of the latest Premiere Pro CS 5.5 yesterday. I bought CS 3 a few years ago and haven’t regretted it, but at work we have CS 4 and now CS 5 and I can see the feature improvements and benefits to our workflow.

As last time, this is a rather large expense for me (£285 for the upgrade, which is still better than £810 for the full version) – however Premiere is a fascinating powerful programme and I know how helpful it is.

My old version has made its money back many times over so I’m sure this version won’t disappoint me either. In fact, I’m quite excited about the new options in version 5.5 and the idea of having it on my laptop.

Here are my hands-on notes, my first impressions and my two cents about Adobe’s rival to Final Cut Pro.

Ray was kind enough to give me a statement on how his preparation for the biggest ice cream eating contest in the known universe are coming along. He also talks about portion sizes and that his plan is to eat SIX packets. Shot using the 8mm HD app.

Recently, the National Grid have torn down a couple of buildings around the corner from us in an old industrial estate. They want to build a tunnel for some more electricity cables to ensure future supply in our neighbourhood. Every month they seem to overtake yet another building, which leads me to believe they’re actually …

Ray and Andy had this silly idea after lunch: which one of them could eat more VIENETTA? Find out in the biggest ice cream eating competition on Brighton Beach, coming this fall. Sponsored by Wall’s. I actually did this a few days ago and forgot to post it here. Shot shortly before we split that … I’ve shot some video with my Harinezumi camera when we were in Miami a few weeks ago, and I finally got round to editing it. Julia even dusted off my old electric piano so I could give it a personal soundtrack too.

This video has a bit of a story which I’ll explain below – it has to do with a watermelon I found one morning at the beach. It was battling against the tide so I stepped out and rescued it.

Turns out it there was a MESSAGE inside…